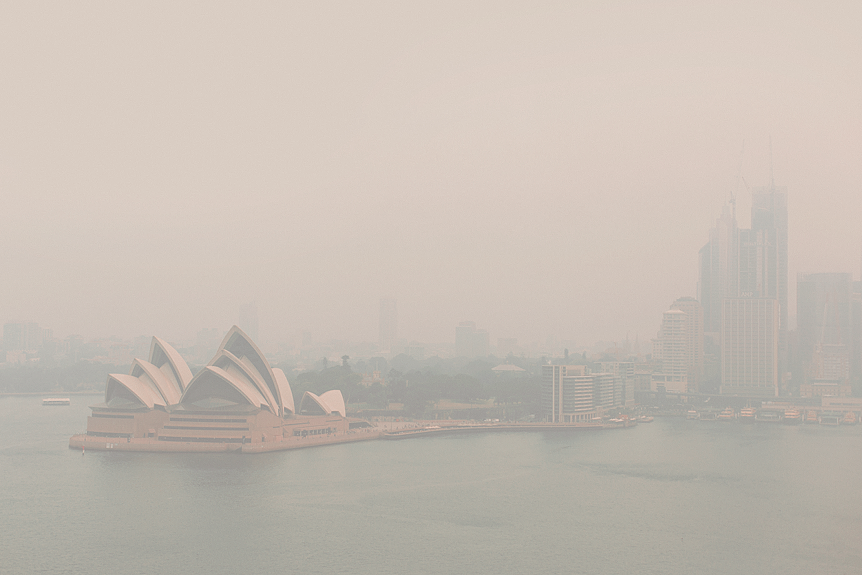 I got back from Australia two weeks ago.

I lived in Australia a couple of years ago and it’s a country that forever has a piece of my heart. I started to get information from my Australian friends in September that the “bushfire season” had started early. Yes, bushfires are so common in Australia during the summer that they even have a name for it. I was mostly worried if the fires were going to affect our trip in any way, but we got to our departure date in November and began our journey to Australia.


As we landed in Sydney, the first thing we saw outside the window was the smoke from the surrounding bushfires. It hit me so hard, sitting on an airplane that was releasing tons of carbon dioxide, looking down at what our way of living has done to the planet. This is climate change.


The bushfires were a constant reminder during our trip, whether it was waking up to the smell of smoke, having to change plans because roads had been closed due to the fires or the constant news reports. Some days were worse than others, like our last day in Sydney when authorities said that everyone should stay indoors (the header photo in this post was taken that afternoon when the air quality had gotten a little bit better). Still, we could enjoy our vacation without much disturbance.


The situation has gotten much worse now.


My heart breaks and we need to do something. Here are some organizations that accept donations to help the firefighters, the citizens and the animals in Australia.