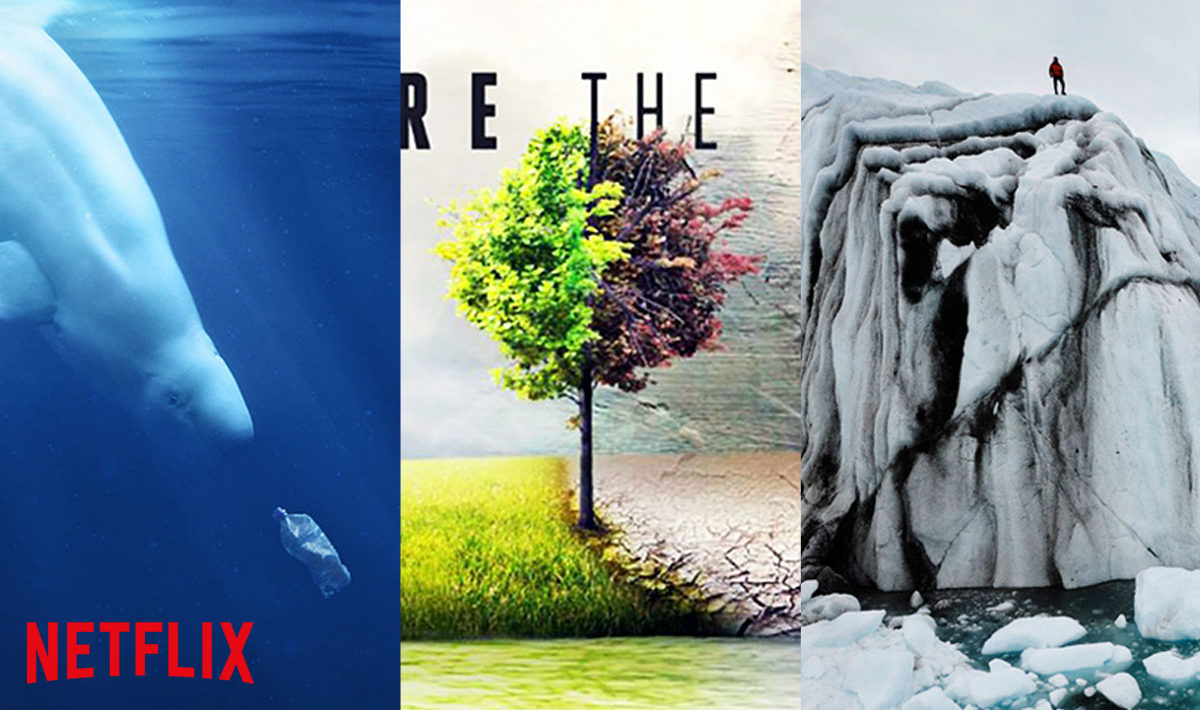 I love learning new things and one of my favorite subjects in documentaries is obviously travel-related. I just love to watch breathtaking views from different corners of the world, inspiring stories about humans on incredible adventures, epic things that have happened throughout history, and the subject this post is about: How our lifestyle destroys this magnificent planet. Climate change is one of the most important subjects that need to be discussed right now. We currently have climate refugees that need to flee their homes because of the environment, animals who die because they eat too much plastic and an ocean that only gets warmer every day, killing the ecosystems inside it. We need to make a change.


All of the five documentaries mentioned below have moved me in one way or another, and honestly, if you do not get emotional while watching a whale dying because its stomach is filled with too much plastic, there something wrong with you. It’s not fun to see that sort of thing, but I think it’s important. I have at least started to think more and more about how I can be a more environmental friendly human just by seeing these documentaries, and that’s why I want to share them with you. All of them show different consequences of our lifestyle – but they also show that there’s hope for this planet!


From knowing comes caring, and from caring comes change!


In a realm of unearthly beauty, destruction hits close to home. A startling portrait of climate change underwater.


Leonardo DiCaprio crisscrosses the globe to investigate the consequences of man-made global warming and the measures being taken to reverse it.


Watch Before the Flood here.


When he discovers the world’s oceans brimming with plastic waste, a documentary filmmaker investigates the pollution’s environmental impacts.


See glaciers shrink before your eyes via time-lapse photography. Nobody comes out of this one in climate-change denial.


Our world is 70% sea, but our waters are in deep trouble. Meet the woman who lives to save Earth’s dying oceans