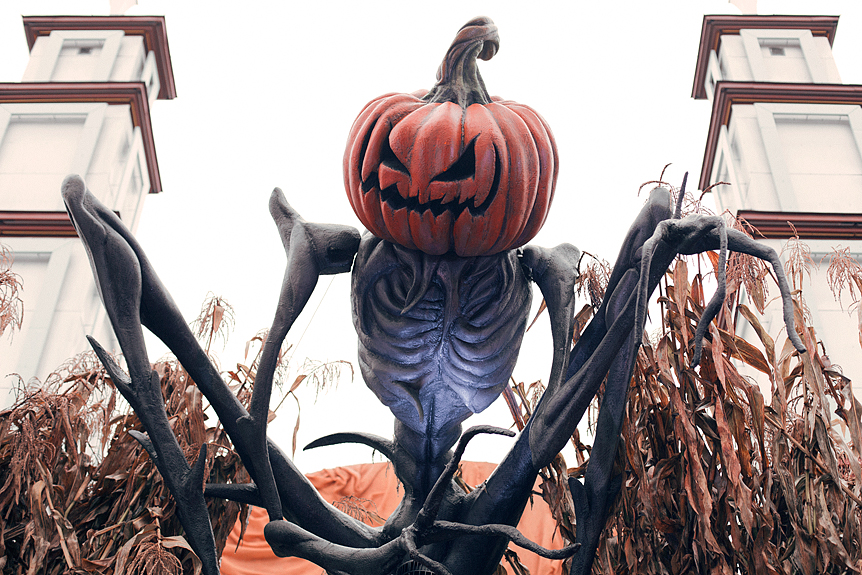 I think this is the third or fourth year they open up Stockholm’s biggest amusement park during Halloween and invite their visitors to get amazed by all the beautiful decorations and get scared in one of the haunted houses. I brought my cousin Mimmi and after spending a full day at the amusement park during Halloween (and the fact that I’ve actually worked at Gröna Lund a few years ago, haha) I like to call myself a pro at this.


Here is everything you need to know about Halloween at Gröna Lund 2019!


🎃 The smoke-filled pumpkins at the entrance, talk about setting the bar high right at the start.


🎃 Buying a pumpkin filled with popcorn. You might not want one at the start of the day, but after seeing everyone walking around with one, you’re going to fall for peer pressure. (Don’t machine wash it when you get home though, talking from own experience, hehe.)


🎃 Take thousands of photos of all the pumpkins.


🎃 Cirkuskarusellen (=the circus carousel), mostly because it’s over a hundred years old and used to be dragged by horses, a historical piece of Gröna Lund! 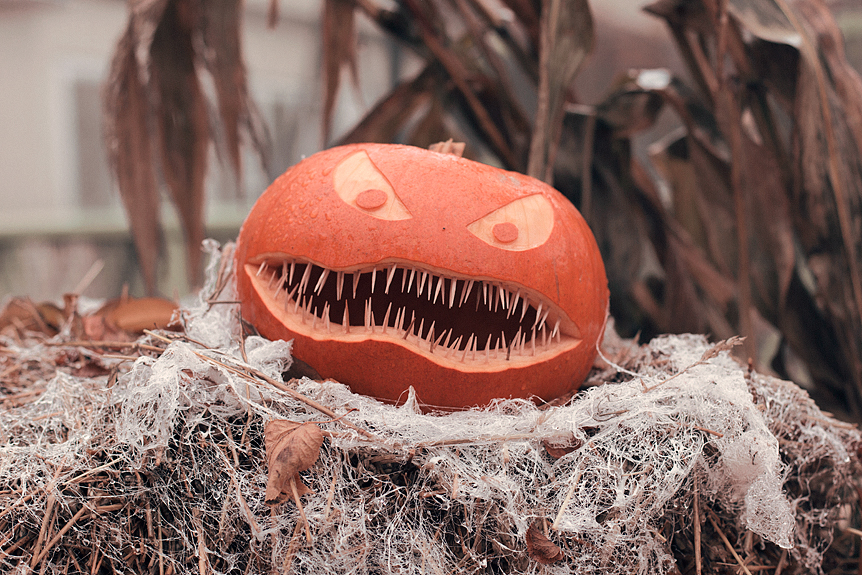 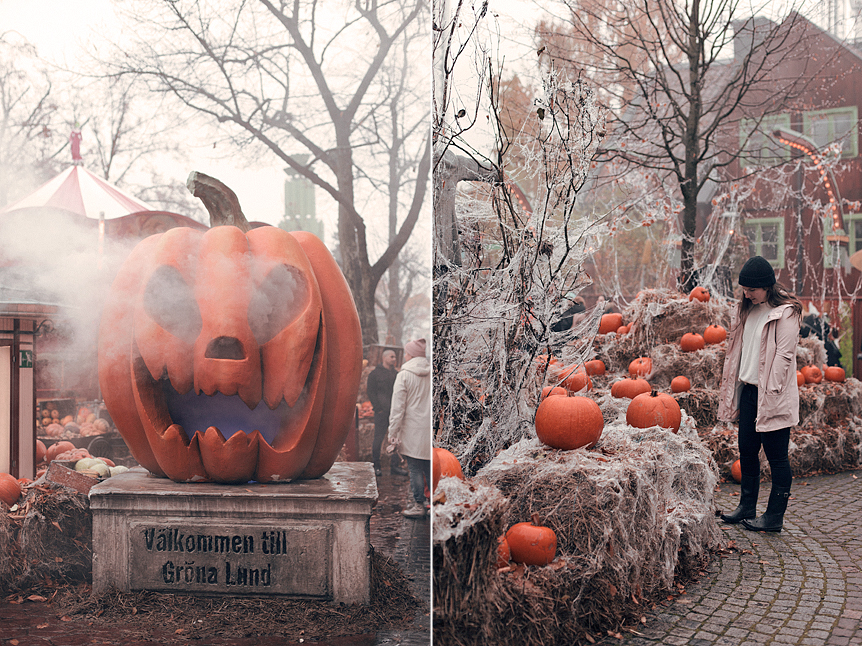 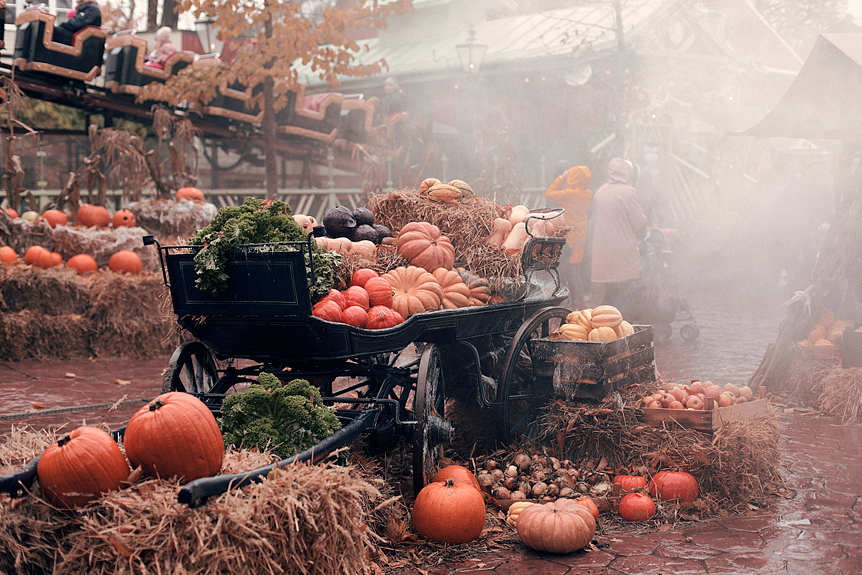 
Dividing the two sides is a passage that is usually filled with games and shops, but now it was turned into a dark and spooky passage which really showed that we were leaving the child-friendly autumn market and was stepping into a thrilling Halloween-zoon.


Most of my favorite rides like Fritt Fall, Insane and Ikaros were still open and even though the rides themselves give a great thrill – we had our eyes set on the many haunted houses. There were a total of six haunted houses and two ghost rides so we had plenty to do besides riding the usual attractions. Just a tip: if you’re planning on going on any of the high rides, make sure to dress properly because it gets COLD 100 meters above sea level in October, haha.


🎃 Skeppet (=the Ship), a ghost ship where you walk in small groups through narrow corridors where evil things hide in the pitch-black darkness. A guy who walked in our group last year got so scared he ran into a wall, haha.


🎃 Olustiga Huset (=the Unfunny House) which is usually called Lustiga Huset (=the Funny House) has now been overtaken by murderous clowns. I thought it was well done last year, but it was even better this year with smoke everywhere which made it hard to navigate even for me who has been inside probably a thousand times.


🎃 Have a look at the area behind Insane where they are building new attractions!


🎃 Sekten (the Cult) is a haunted house that they have built on the Big Stage. There has been so much hype about this one so we saved it until last and stood in line for almost two hours, but I have to admit that I was a little bit disappointed. Don’t get me wrong, it was great but my expectations for it were way higher.


🎃 The Zombie Zone, follow military orders and you might get out of the zombie-filled maze alive. We got put in a group with two other girls who were so scared they used us as shields which made it more fun than scary. 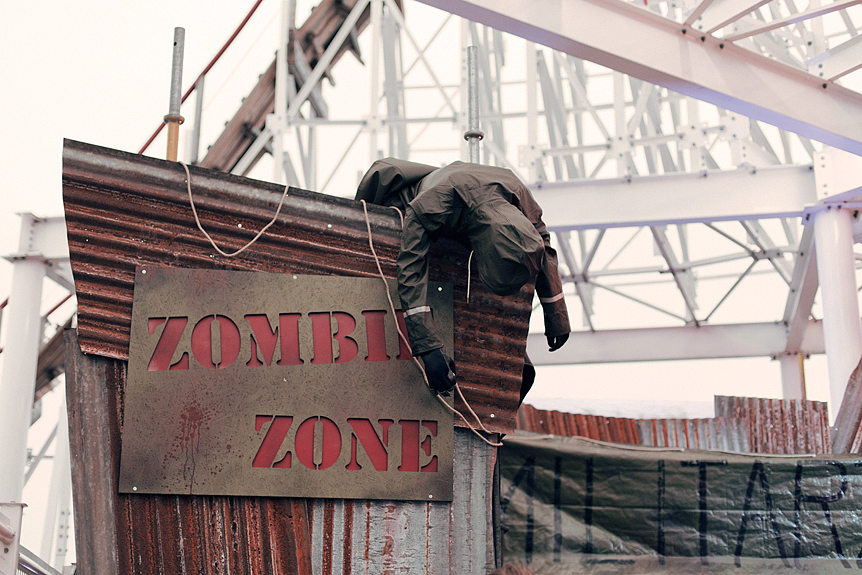 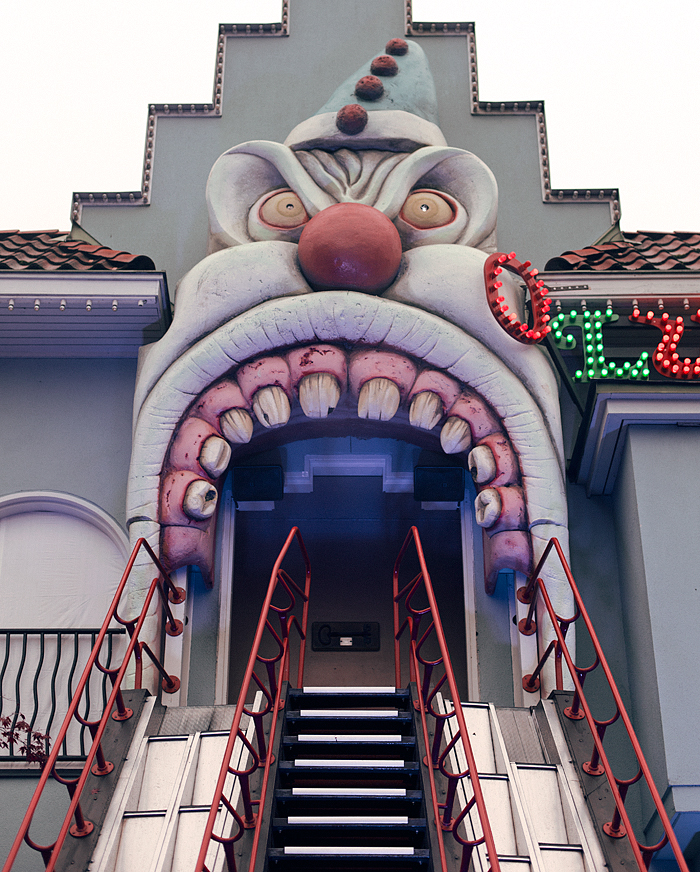 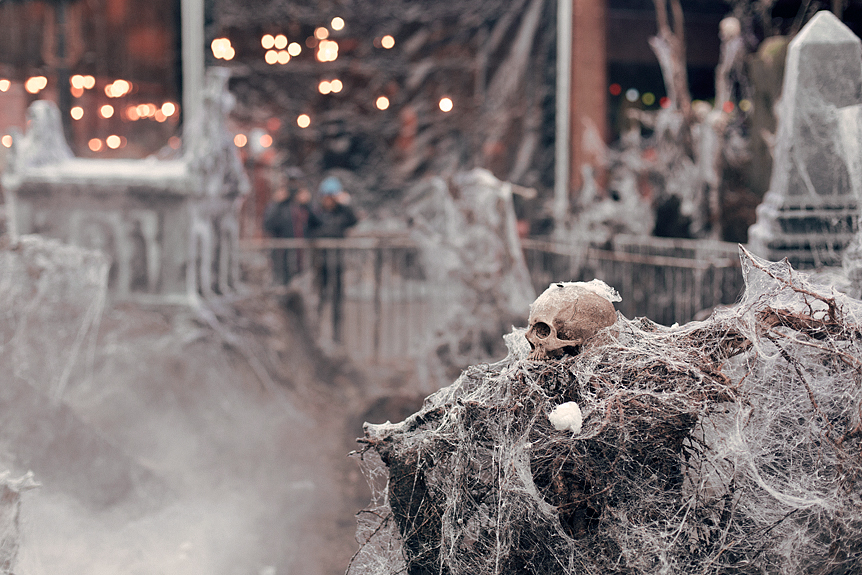 Halloween at Gröna Lund after Dark


As it gets darker and the small kids start to go home, the “evil creatures” from all the haunted houses leave their assigned places and start to roam free all around the park. No one is safe anywhere and if you don’t watch out, you’re going to end up having a ghost standing next to you, breathing in your ear.


🎃 Pretty much just roam around, the scary stuff will come to you even if you like it or not!


🎃 Going on the high rides, it’s super cold but the view of Stockholm after dark from above is really worth it! 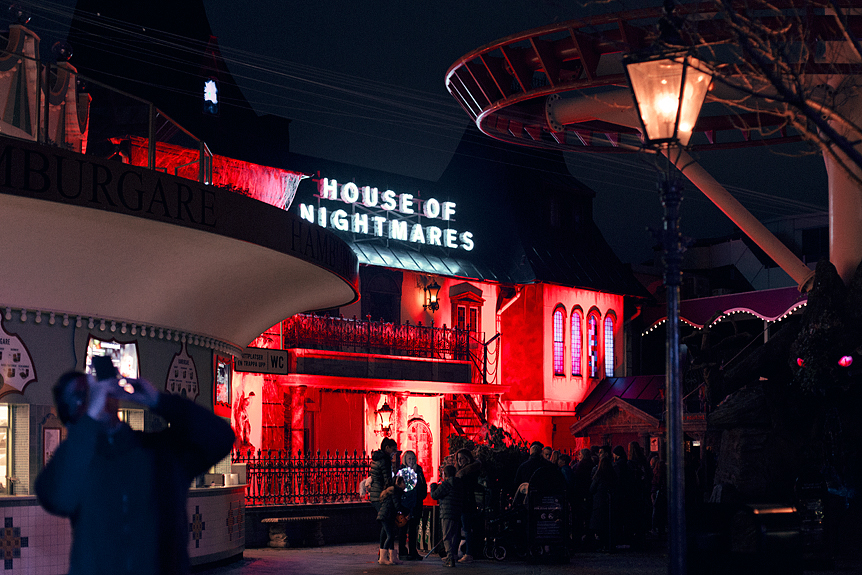 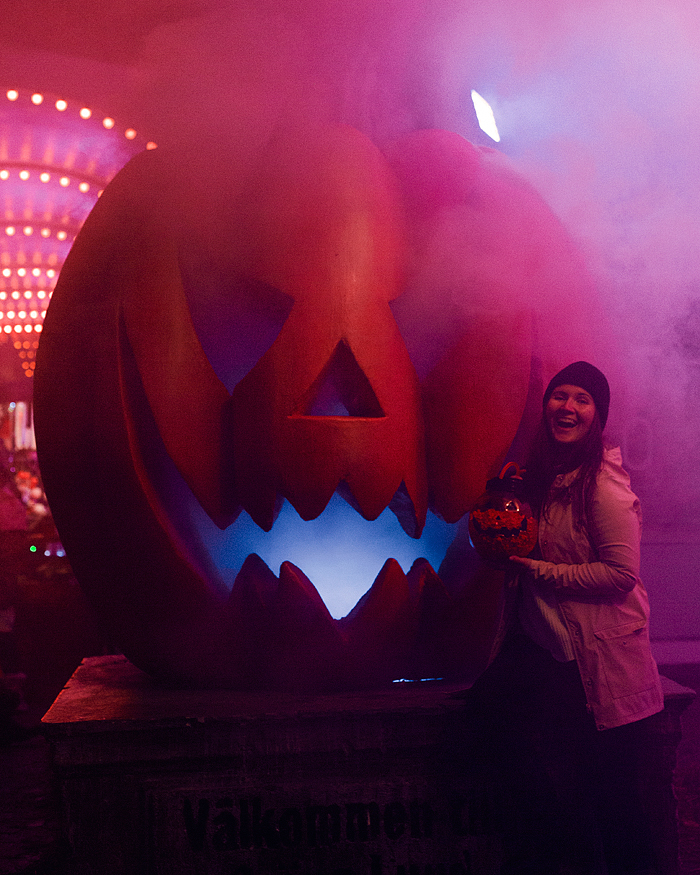 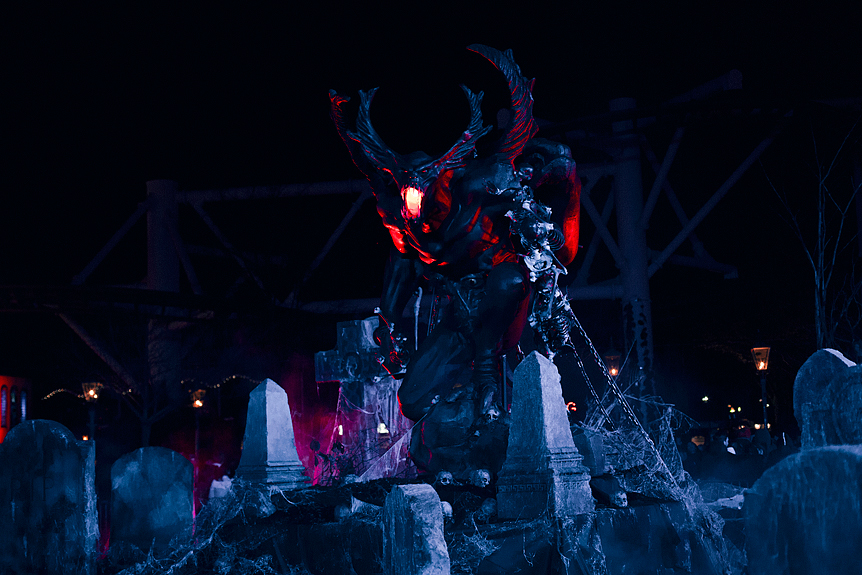 Price: A package with entrance fee + access to all rides and ghost houses costs 430 SEK online, it costs 460 SEK if you buy the same package at the park

Opening hours: Opened October 25 – November 3. Times vary so make sure to check out the current opening hours at gronalund.com

If you’re either into Halloween, getting scared or going on rides you should totally visit Gröna Lund the upcoming week!