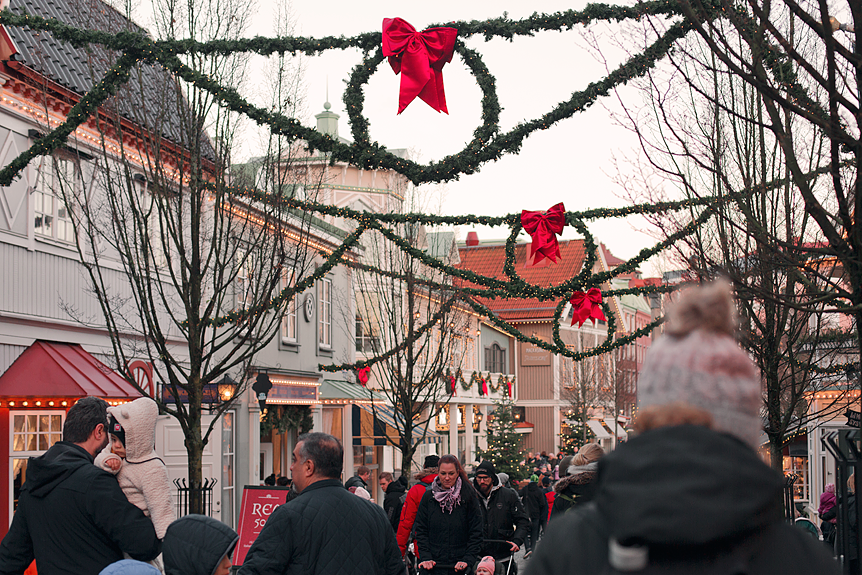 Christmas is just around the corner and this is my last Christmas Special!

I’ve already mentioned that I’m not much for traditions, but I think I still celebrate Christmas as a typical Swede. This year, I’ve traveled to the west coast of Sweden to celebrate with my boyfriends family and we’re going to eat a lot of food, watch Kalle Anka at three a clock and get a visit from Santa and exchange Christmas gifts just as about every household in Sweden.

I think one of the most rewarding things about traveling, besides exploring new places, is to get to know more about traditions and cultural aspects of the places I visit. Since I’m doing these Christmas specials every Sunday leading up to Christmas I wanted to do some research on how Christmas is celebrated around the world – and found a lot of interesting traditions!

Do you know why Norwegians hide their brooms or why Slovaks throw their Christmas dinner in the ceiling? Continue reading to find out!


Austria
You do not want to behave badly in Austria, or you might get a visit from Santas evil cousin Krampus. Krampus is a demonic beast that haunts the streets, scares children and kidnaps the disobedient in their sack, and the beginning of December, young men dress up like Krampus to scare the children.


Brasil
Brasil has a great Christmas tradition and that is that all workers get an extra salary payment in December as a Christmas bonus – and that is legisalted!


Germany
According to tradition is Saint Nikolaus (not to be mistaken for Santa) traveling with a donkey and leave coins, chocolate and toys to all the well behaved children in Germany. Kids often recite poems, sings a song or give Nikolaus a painting in return since saint Nikolaus also brings Knecht  who is a devilish character who  the with a whip.


Iceland
During the 13 days leading up to Christmas are 13 mischievous Yule Lads, a couple of troll-like types, visiting the children of Iceland. The children place their best shoes by the window at night, and if they’ve been good the Yule Lads will leave gifts, but if they’ve been bad they’ll get rotten potatoes. The Yule Lads all have different names like Þvörusleikir (spoon licker), Pottaskefill (plate scratcher) and Hurðaskellir (door slammer), which gives a hint on what mischievous they might cause.


Japan
Christmas isn’t a part of the Japanese traditions since only around one percent of the population are Christians. All their Christmas celebrations are adopted from western countries and due to a successful advertising campaign in 1974 with the slogan “Kentucky for Christmas,” it’s common for Japanese households to eat Kentucky fried chicken at Christmas.


Netherlands
Christmas is actually celebrated the 6th of December in the Netherlands and at the celebration, the children are waiting on Sinterklaas and his companion Zwarte Piet to slide down the chimney and leave candy and nuts to the children that have behaved well during the year. It’s common to put out hay and sugar in a shoe to give to Sinterklaas horse.


Norway
People in Norway have a quite unorthodox tradition around Christmas – they hide their brooms so they won’t lose them to witches. This tradition is traced back hundreds of years to when people were afraid that witches and evil spirits would appear on Christmas to steal brooms, but many people in Norway are still hiding their brooms!


Peru
In some remote villages in the province Chumbivilcas in Peru the population gather on the 25th of December every year to solve disputes by fist fights. This tradition is called Takanakuy and has nothing to do with Christmas other than it’s “celebrated” the same time of the year but I thought it was a way to interesting tradition to leave out from this post, haha.


Philipines
If you’re looking for a big lantern festival the day before Christmas, you should pack your bags and visit San Fernando, which is known as the Philipines Christmas capital with its Ligligan Parul Sampernandu = Big Lantern festival. The lanterns are up to 6 meters in size and are lighten with electronic lights and shine in all the colours of the rainbow.


Slovakia
At the beginning of the Christmas dinner in Slovakia, the dad in the family usually take a spoon filled with the traditional Christmas dish “Loksa” (=a kind of bread filled with stuffing and water) and throw it up in the ceiling. The longer the stays in the ceiling, the richer the harvest.


Venezuela
My favorite Christmas tradition must honestly be the one in the Venezuelan capital Caracas where all car roads are blocked on Christmas morning. Why? Because everyone is taking their roller skates to church, obviously.

Which of these Christmas traditions would you like to experience?

The Shame of Flying

5 Reasons Why I Love Eurovision

32 Replies to “Christmas Special: Christmas Traditions Around the World”