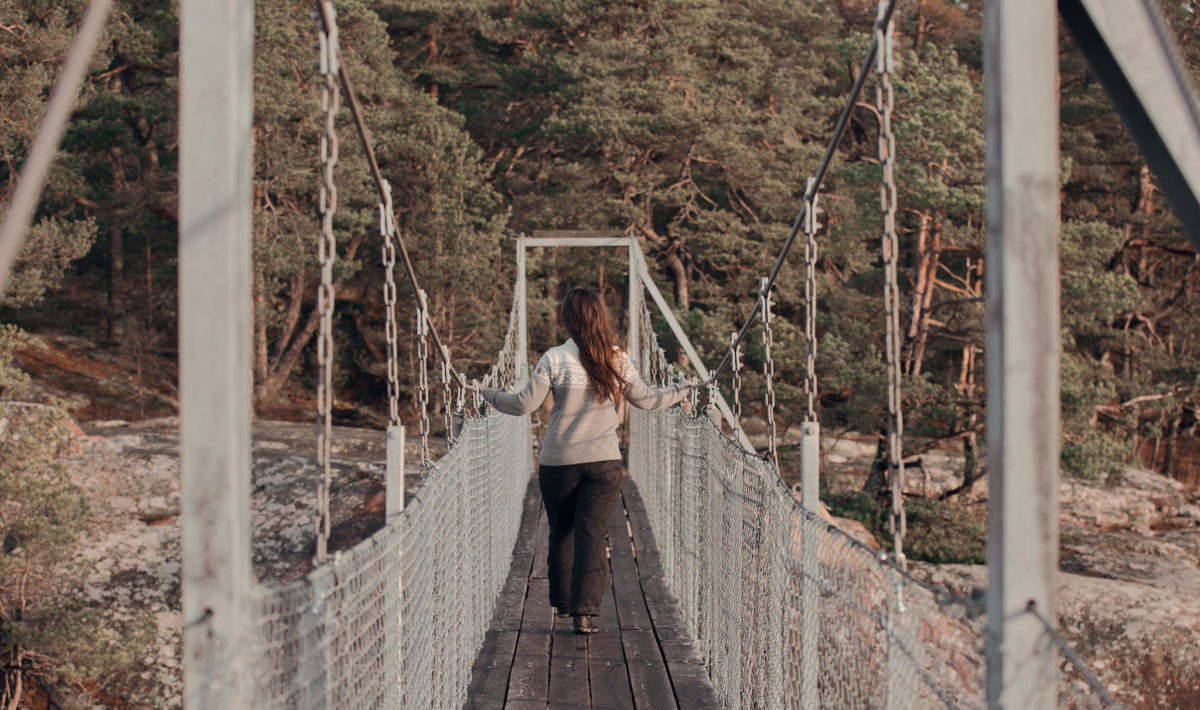 At the beginning of February, I took a day trip to Stendörren nature reserve with my friend Annie.

Annie had been to Stendörren before and I thought this was my first time – until my parents informed me that I have been there as a kid. Oh well, I didn’t remember a thing so it was like an all-new place for me to explore! This was only two weeks after our adventure to Nämdö.


Stendörren nature reserve is about an hour and a half drive from Stockholm, located between Nyköping and Trosa. (Check out when I visited Trosa last year!) We started driving early and arrived a couple of minutes past eight in the morning, ready to explore.

We parked the car on a parking lot next to the trail out to the island Äspskär. To get there you have to pass two other islands by these suspension bridges. The trail between the bridges was on the cliffs which were wet because it had been raining all night. Since I’m about the clumsiest human there is, it’s a miracle that I actually only slipped and fell once, haha.

When the sun started to get out of the clouds, we decided to sit down for a while and eat breakfast. If I could, I would like to have every meal outside, with an ocean view and the sun in my face. So serene.

Then it was time to explore the island Äspskär! We followed a trail around the island before coming back to the bridges again.

It was still morning when we were done exploring Äspskär, so we decided to get back in the car and drive further into the nature reserve and park next to a trail to another island, Stora Krokholmen. This trail was more inside the forest than by the ocean, but we strayed off the trail at one point and sat down on some cliffs to eat cinnamon rolls. Swedes can’t go out exploring without a “fika”-break, haha!

When we had walked around all of Stora Krokholmen, we followed some signs to Naturum. It’s a building were they arrange activities in the summer, but it is closed for the rest of the year.

From Naturum, we had a view of the thing that has given Stendörren its name. Stendörren is translated to “the stone door” and if you arrive at Stendörren by boat, you have to go through a passage between two islands – or through a “door” between the “stones”. After that, we got back into the car again and began our drive back to Stockholm. Such a great day!


Annie has already written a blog post about this day, and also made a YouTube-video so make sure to check that out!